Heavy traffic snarled in several parts of Delhi on Saturday as rain continued to lash the national capital for the third day in a row. Many places were inundated as the incessant rain showed no sign of abating.

“According to the IMD report, Delhi and adjoining areas will receive light to moderate rainfall. Passengers are advised to plan their journey accordingly,” it said in a tweet.

Also Read | Bengaluru floods: Why is it raining so heavily in Karnataka?

There were reports of falling trees from Aurobindo Marg near Atchini red light and towards Chhattarpur near Mahipalpur.

The Meteorological Department had earlier issued a yellow alert on Saturday as well, warning the people of moderate rain at most parts of the city and heavy rain at a couple of places.

The Gautam Budh Nagar district administration announced on Friday that all government and private schools in Noida and Greater Noida have suspended classes up to Class 8 due to rains.

Due to incessant rain, schools were closed on Friday as well.

Considering the safety of the students due to heavy rain and water logging on the roads, the District Collector has declared a holiday for the students of classes 1 to 8 in all the schools of all the boards on September 24 (Saturday). Therefore, all principals and headmistresses should ensure compliance with the directive,” said Dharamveer Singh, district school inspector.

In Gurgaon, incessant rain continued for the third consecutive day today, resulting in waterlogging at several places, prompting the Gurugram Traffic Police to advise on detours and traffic jams on Saturday.

Traffic police and teams from the Gurugram Metropolitan Development Authority were deployed to manage traffic and clear water.

Heavy rain lashed various parts of Mumbai this morning. However, the city’s public transport services were not affected and no major waterlogging was reported, civic officials said.

Heavy rains lashed the city and its eastern and western suburbs between 7 am and 8 am. After that, the rain stopped in most places.

(With input from PTI) 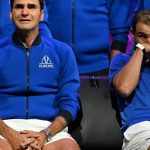 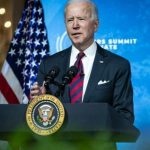