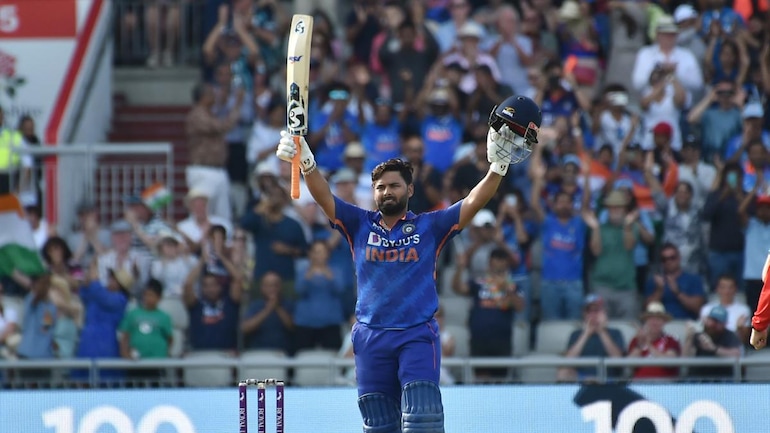 Rishabh Pant became the fourth Indian wicketkeeper to score a century in ODIs on Sunday, July 17. The southpaw scored a 106-ball century against England in the third and final ODI against England at Old Trafford in Manchester.

Prior to the match, Pant had played 26 matches and scored five fifties, with 85 runs to his name. But against the Three Lions, Pant came out all guns blazing and made sure he didn’t get out before reaching triple digits.

At 31 for 2 chasing 260, Bandt came in to bat after Reece Tapley dismissed both Indian openers. From there, he added 133 runs with Hardik Pandya.

He reached his 90 with a massive six off Moeen Ali and showed that he was never going to slow down. Pant was on 97 when he tried to play a big shot and almost got out. But the rub of the green went his way as the ball eluded the fielder inside the circle.

After that, Pant played a grass to reach his century. He joins MS Dhoni, Rahul Dravid and KL Rahul as Indian keepers with ODI centuries. Dhoni, who retired in 2019, tops the list with nine centuries.

While Dravid has four centuries to his name, KL Rahul also picked up a century as a designated wicketkeeper in the 50-over format.