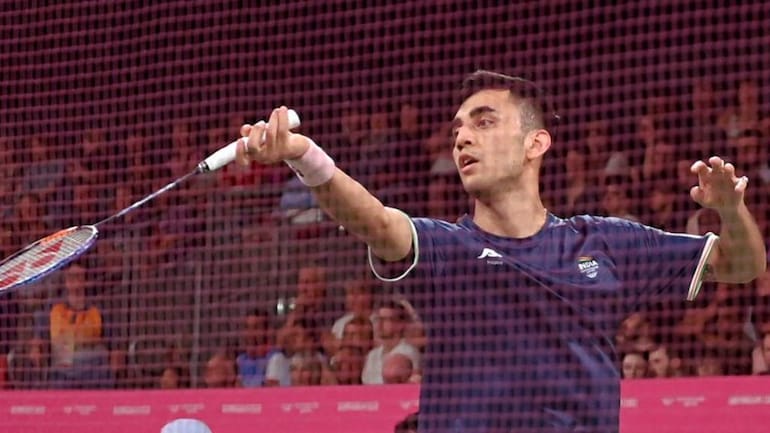 Lakshya Sen was in scintillating form on Sunday (Courtesy: AP)

Reigning Commonwealth Games mixed badminton champions India moved a step closer to retaining their crown by beating South Africa 3-0 to qualify for the semi-finals on Sunday.

After an easy win against Australia in the quarter finals, the Indian team was full of confidence and showed their display against South Africa.

In the first game, the Indian pair of Ashwini Bonappa and Sumeeth Reddy faced Jared Elliott and Deidre Jordan. Ponnappa and Reddy overcame the South African pair in the first game to win 21-9.

Despite Elliott and Jordan trying their best, the Indians were too good for them and they took the second game 21-11.

Leading 1-0, the baton was handed over to Lakshya Sen who was in devastating form on the day as he fended off a challenge from Kaden Kakora.

Sen took the first game 21-5 and carried his form into the second game.

The Indian ace played against the opposition and ended him 21-6 in the second game. Chen’s winner gave India a 2-0 lead in the tie.

All eyes were on Akarshi Kashyap to seal the deal for the defending champions and take them to the semi-finals. However, Indian player Johannita Schultz made her work hard for her victory.

While Kashyap won the first game 21-11, Scholtz completely thrashed the Indian star in the second game. Despite a spirited effort from South Africa, Kashyap kept his composure and won the second game 21-16 to seal India’s quarter-final berth.

Coming back from a Commonwealth Games gold medal in mixed badminton, India will take on Singapore in the next round of four.