Florida Gov. Ron DeSantis will be among the people President Biden meets with during his trip to Florida to survey damage and relief efforts in the wake of Hurricane Ian.

The president and First Lady Jill Biden landed in Fort Meyers, Florida, early Wednesday afternoon, and immediately took an aerial tour to get a better look at the landscape.

More than 100 people have been reported dead in Florida and North Carolina, after Ian struck Florida’s west coast last week and traveled inland and north, according to CBS News calculations. White House press secretary Karine Jean-Pierre on Tuesday said the president and first lady will “reaffirm” the president’s commitment to Florida.

“The president will meet with small business owners and local residents impacted by Hurricane Ian and thank the federal, state and local officials working around the clock to provide life-saving assistance, restore power, distribute food and water, remove debris and begin rebuilding efforts,” Jean-Pierre said Tuesday. “Governor DeSantis, the FEMA administrator Deanne Criswell and other state and local officials will also provide the president with an operational briefing on the current response and recovery efforts.”

On Thursday, Mr. Biden said he’d already spoken with DeSantis several times about the massive storm, and dismissed any suggestion that their political differences would impact their cooperation in helping the people of Florida. Mr. Biden said DeSantis had complimented him on the federal response to the storm.

“This is not about whether or — anything having to do with our disagreements politically,” Mr. Biden said on Thursday. “This is about saving people’s lives, homes, and businesses. That’s what this is about. And so, I’ve been — I’ve talked to him four, five times already.  And it’s not a matter of my disagreements with him on other items.”

On Monday, the president and First Lady Jill Biden visited Puerto Rico, which is still reeling from the devastation wrought by Hurricane Fiona last month, and rebuilding from Hurricane Maria in 2017.

“You have had to bear so much and more than need be, and you haven’t gotten the help in a timely way,” Mr. Biden lamented in his speech Monday. “And this latest storm dealt a serious blow to all, all the hard work that has been done since Maria.” 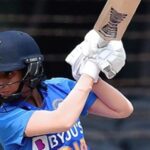